Is Amazon a Brand or a Service? Can It Be Both? 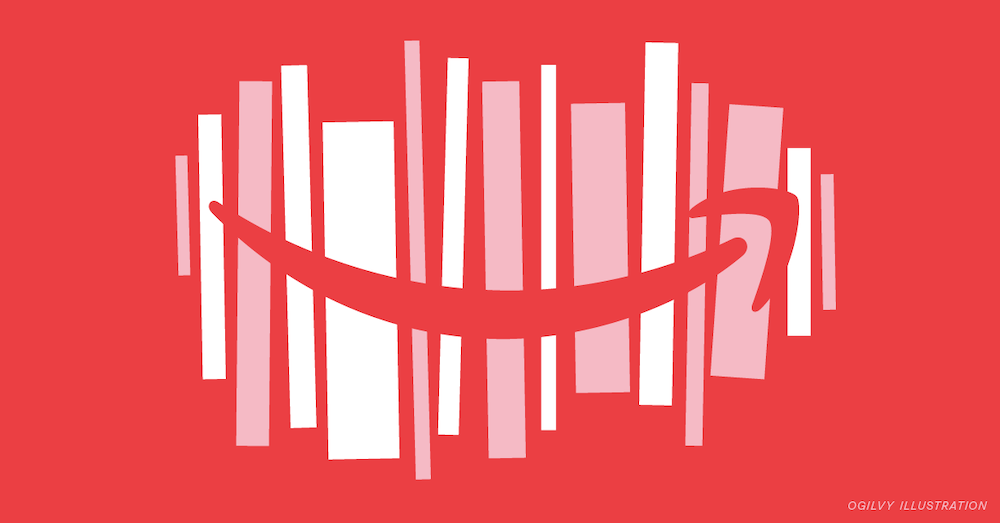 In 1968, The Rolling Stones released one of their most well-known songs, featuring a famous lyric: “You can’t always get what you want / But if you try sometimes you might find you get what you need.”Mick Jagger’s refrain became an oft-repeated parcel of wisdom (perhaps most often by parents to their children). And it’s time perhaps for one of the world’s biggest and most successful companies should take heed: Amazon.Over the past decade, Amazon has grown into an entity that fuels our everyday lives, sometimes through our chosen personal interactions with it, and other times in ways we don’t even realize. Like most of the other companies that historically reached its size and influence, Amazon has in ways morphed into a utility.As the Covid-19 pandemic has swept the world, Amazon has become the ultimate service. With people in much of the Western world practicing social distancing and limiting trips outside the home, they’re flocking to Amazon for everything from their groceries to everyday household items to clothing and electronics. Essentially, they’re going to Amazon for everything. The company’s unrivaled ability to deliver goods quickly to people has allowed it to become even more essential to people’s lives. They rely on it as they do their water, electricity, and Wi-Fi. Many would rather not imagine modern life without it.Right now, you’d be hard pressed to find someone who would argue that we don’t need Amazon. But the things we need are not necessarily the things we love. Amazon’s seeming importance to everyday consumers has never been greater, and that’s because Amazon is sometimes perceived as behaving monopolistically. It’s a sort of “frenemy” for brands right now, with the potential to become a more loyal friend if it starts thinking

If Amazon wants to avoid the fate of history’s other monopolistic companies, it may need to start acting more like a brand. Scale is great, but too much scale comes at the cost of affinity.

Right now, brands need Amazon. If Google is the place where people go for information, then Amazon is the place they go to buy and find stuff. In staggering numbers, people have chosen these destinations as the place to go for things they need—in the United States, almost 60% of product searches occur on Amazon. That makes it the central marketplace. If you want to be bought or heard, you need to be there.

So if your company sells jeans, and people buy your jeans on Amazon, they’ve bought your jeans. That’s a good thing, in the short term. But strong brands drive long-term growth. And the key to long-term growth isn’t to get people to only buy your brand, but to buy into your brand. That means that not only does a brand’s sales increase, but also its “saleability”—the chances to be sold again in the future with minimal promotional effort. In order for companies to be visible on Amazon, they need to make certain concessions—and often, it’s the brand that is severely damaged. Amazon strips away most, if not all, of the brand experience. So that customer who purchased your jeans on Amazon might have bought your jeans, but they bought into Amazon’s brand.

There are other costs of doing business with Amazon. Many big brands have to deal with counterfeit items being sold there, or sold by unauthorized outlets. Additionally, companies aren’t able to harvest as much of the customer experience, journey, and purchasing data that they otherwise could. Missing out on these reams of information make it more difficult for companies to learn about their customers, thus making it harder to foster a deep connection.

Would brands be better off without Amazon? Like most brand questions, it depends on the individual. Not many business experts would suggest pulling your product from the most high-traffic shopping area in the world(outside of China). For the bulk of brands, Amazon is a necessary if imperfect modern commerce partner. Every company has to operate within existing frameworks in order to get their brand seen, heard, and purchased. They need search engines, social platforms, and technology platforms to ensure they can communicate with their customers. Nobody can do everything on their own. But Amazon’s success is largely built on its technological and logistical infrastructure—its ability to provide a seamless ordering process with its shipping timeframes are basically impossible for most companies to replicate. And even if they could, the cost would be too high if done wrong. Going direct-to-consumer may sound easy in theory, but it’s far from it in practice.

The list of companies that have left or remain unavailable on Amazon is small. It’s made up of a combination of those with the scale and capital to compete (but not necessarily usurp) the hallmarks of Amazon’s impressive logistics, and younger, more digitally-native companies that value more intimate, personal interactions with consumers. But this combination of defectors and holdouts is powerful, and it represents the possibility of a different future.

Nike is the probably the biggest name to defect, deciding in late 2019 that it would stop selling its products directly on the platform. The company stated that it was part of a larger overhaul of its retail and marketing strategy. But Nike can afford to make “leave Amazon” part of said strategy only because it is one of the most successful companies, and recognizable brands, in the world. Not only does Nike have the ability to compete with Amazon logistically, it has a near-cult status with many consumers. Nike doesn’t need Amazon for visibility. It has the clout to let people find the brand where it is.

On the other side of the spectrum is Glossier, the beauty and skincare brand that was a spinoff of founder Emily Weiss’s blog. Weiss largely utilized social media to build the brand and sell its products. That type of community-first feel is virtually impossible to replicate on Amazon. “No woman has ever told me that their criteria for the best mascara was ‘fastest’ or ‘cheapest,’” Weiss has said.

Glossier is an example of the power of customers buying into a brand, rather than simply buying its products. The deep, intimate connection with consumers that Glossier has often results in brand evangelism, where the customers become the main marketing and sales vehicles for the brand. That type of relationship gives a brand like Glossier the ability to even think about not putting its products on Amazon.

At this moment, most brands that wanted to leave Amazon would have to be in the position that either Nike or Glossier is. You’re either big enough to stand alone and succeed, or your relationship with consumers is intimate to the point that people will sacrifice the speed and ease of Amazon to buy you elsewhere. The common denominator is brand affinity. Will consumers still flock to your brand if you pull your products from the world’s most-visited store?

If more companies felt this comfort, perhaps Amazon’s stranglehold should start to loosen. As it stands, a few alternatives are emerging which giv= brands more control over the shopping process while also giving customers the seamless experience that makes them keep going to Amazon in the first place, such as Shopify and Salesforce D2C. And more options will certainly arise, which will lead to more defections. And the more brands unavailable on Amazon, the more consumers wondering why their favorites are no longer available on Amazon.

This would put Amazon in the position to start thinking more about fixing its image, to think about playing nicer with others, to create a more meaningful and intimate experience for consumers.

The irony of Amazon’s eCommerce narrative is that its success in logistics to offer same-day, next-day, or even two-day shipping comes at their own cost. They need to use their other. more profitable businesses like Prime, AWS, and media ad sales to offset the cost of the customer expectation they unleashed into the world in order to muscle would-be D2C brands to concede and sell through them – something that has drawn scrutiny by both the US and EU government regulators.

Is Amazon in trouble? Far from it, of course. It’s likely that Amazon will expand its literal footprint, too, tapping into more in-person experiences in retail and entertainment.

If Amazon is to lose any power, it will be require consumers to go elsewhere for their purchases. In the current Covid-19 world, Amazon’s grip only seems to be getting tighter. But peeling back a bit further, the past few years have been defined by socioeconomic and political sentiment for a more localized world. Covid-19 has only exacerbated this push. The pushback to globalization, amidst the shock of a post-Covid reality, could lead to a resurgence of local commerce, with consumers valuing a more community-based feel, even sacrificing speed and savings.

Amazon’s strongest assets, and the main reason why people appreciate it so much, is its utility. Utility combined with distinctive assets is what makes brands unique and strong. Without that, Amazon may have scale, but it will have no heart. Without heart, monopolies eventually lose their power, if not fall altogether. Amazon is not likely to leave our lives anytime soon. It may not sustain life on earth, but many people believe it makes their lives a lot easier. If those people are given an alternative, or if external factors lead to mass consumer behavior change, Amazon could find itself in a position to adapt.

Amazon shouldn’t necessarily have to decide whether it should start acting more like a brand and less like a utility. It can be both provided it displays the willingness and ability to become not only what people and brands need, but also what they want. This would prove The Stones wrong, but everybody else will get more satisfaction.

Interested in bigger, bolder ideas? Sign up for our newsletter to learn more about making brands matter.